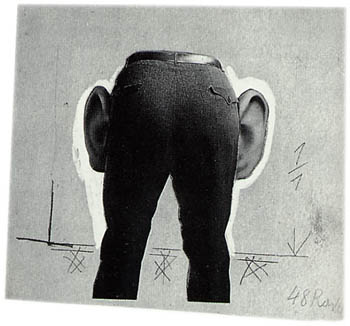 Something Funny Happened on the Way to our Forum

Topic:
Journalism, Politics
Type:
Article
Media:
Saksi.com
Date Published:
June 1, 2000
The Centre for Independent Journalism’s Sharaad Kuttan reflects on his recent encounters with local and Indonesian journalists amidst debates about media freedoms.
“Against the rather partisan and divisive spirit of the times, the CIJ might try to bring together media workers from across the spectrum to listen, to talk and to observe each other”
“The crossroads metaphor at the crossroads,” quipped the irrepressible Amir Muhammad when he heard the rather earnest sounding title for our recent forum for World Press Freedom Day. Amir was taking a few minutes out of his busy “I’m-making-a-movie” schedule to mock us. A few sweaty palm moments later and the anxiety about failing to find a more inventive title subsided.

Crossroads, dialogue, a crisis of credibility, professionalism, restrictions, censorship, challenges, possibilities, strategies, change, apathy all the thoughts we had churning around in that witches cauldron we call the Saksi cubicle. The Centre for Independent Journalism (CIJ) was embarking on its first organised public forum and we were more concerned about the reception we were going to get from the “community” of journalists.

A year before, before the CIJ was formed, a few journalists decided to add a bit of pop and whizz into the rather dour celebrations which make for the usual World Press Freedom day scenario. So we had a few bright sparks (Instant Cafe Theatre) and others (Amir Muhammad) do a little gig out at Filmnet cafe. I was less apprehensive then; after all it was Instant Cafe Theatre for free (especially for those who didn’t contribute when the hat was passed around).

Some of us who were not part of the mission to parliament to call for the repeal of just one of the many pieces of legislation that terrifies us could content ourselves with the knowledge that we were trying to talk up a sense of a “community” in our own way. This year, after a few “concerned individuals” got together to set up a more sustained project for promoting independent journalism, a certain seriousness set in. And against the rather partisan and divisive spirit of the times, we thought we might try to bring together media workers from across the spectrum to listen, to talk and to observe each other.

The profession hasn’t, in my memory, had so much adverse public attention focussed on it. The periodic general elections often lead to little bonfires but the credibility of the mainstream media has never been so deeply challenged. And into this ring of fire the so-called alternative/ Internet media has leaped, bringing with it so much hope for an open information order free from government. But hope turned to dismay for us who were horrified to read equally dubious material from cyber-guerilla “journalists”. The half-witted use of Photoshop to discredit politicians and other Internet tricks of the trade only proved that bad journalism could and is being practised on both sides of the political barricades.

And so we’re at the crossroads.

A few days before our event, I found myself in Jakarta at the invitation of the Southeast Asian Press Alliance Ð another attempt to talk up a region-wide, maybe region specific sense of a journalistic community. So early in May I, along with a hundred other journalists from around the region, were chuckling to the wit of the president of the fourth most populous nation in the world. Two seats away from me and chuckling along with the President Wahid was Ahmad Taufik, the formerly very cute but very jailed poster boy of an Indonesian journalism struggling to be independent.

The sunny start to World Press Freedom Day was soon overtaken by the rather cloudy realities of what Aristedes Katopo, public intellectual and former editor the Sinar Harapan newspaper, insists Indonesia is today a “post-democratic euphoria”. Along with Djafar Assegaf, Jakob Oetama and Albert Kuhon, they generated these concerns: “To translate freedom of the press into reports of quality”; “to translate freedom of the press into action and practice so that we will enjoy credibility, so that we get the authority so that audiences will channel their aspirations through the media”; they warned against “freedom without responsibility, dedication, professionalism and hard work”, against professional abuse”.

They identified threats such as “a sense of indifference, routine, complacency, of mediocre work”; some admitted to the embrace of “development journalism”; some called for “pluralism in the newsroom”.

Pak Aristides was the angry one and said that the Indonesian press “might be its own worst enemy”. He said much of the news read like there was no distinction between fact and fiction, between news and opinion, between news and entertainment. Someone in the audience almost reversed the tone of self-criticism by asserting that the Indonesian media, more than any other institution, had served the public during this transition from the Suharto regime. Aristedes refused this salve and insisted, “if bad money is driving out good money, then maybe bad journalism might be driving good money”. Adding that “if wars are too important to be left to generals, maybe journalism is too important to be left to journalists”. This from man who supports the principle of self-regulation. The debate in Indonesia is clearly intense and deep, and left me exhausted but eager for a similar exchange back home. The day continued with the “post-euphoria” realities of the newly independent Timor Lorosa’e without capital and a working printing press; and then Cambodia, where every conceivable UN treaty and protocol has been signed but grenades can still be lobbed into your newsroom; and then the dim light of Burma and the story of those who struggle from across its borders.

Into the middle ring steps the Malaysian story presented by Fathi Aris Omar of malaysiakini.com. No sooner had he said his piece than a rather nervous Encik A.B.M. Zain, minister and deputy head of mission from the Embassy of Malaysia, decides to “set the record straight”. He regales all present with all kinds of arguments: about our solid democratic credentials, questions “national security” and the historical context of “irresponsible types who in the past have set off communal tensions”. Brave man, certainly earning his keep, I thought to myself, taking on a potentially hostile crowd of journalists who, if not for their heavy lunch, would have torn him limb from limb for his intellectually dismal performance.

Fathi chose not to engage him, and so the Malaysian sandiwara ended rather disappointingly with our Encik Zain waving goodbye to us in that Malaysian mesra way. A look that we have come to know and love and that cannot be wiped off our faces even in the most foreign of lands or most inappropriate of moments. No Joust in Jakarta. Nothing to tell the lads back home. It was a missed media opportunity during one of the most difficult moments of the day, fighting the post-luncheon stupor.

And so I returned to our beloved country the next day with the hope that vigorous argument and community-building can go hand in hand.